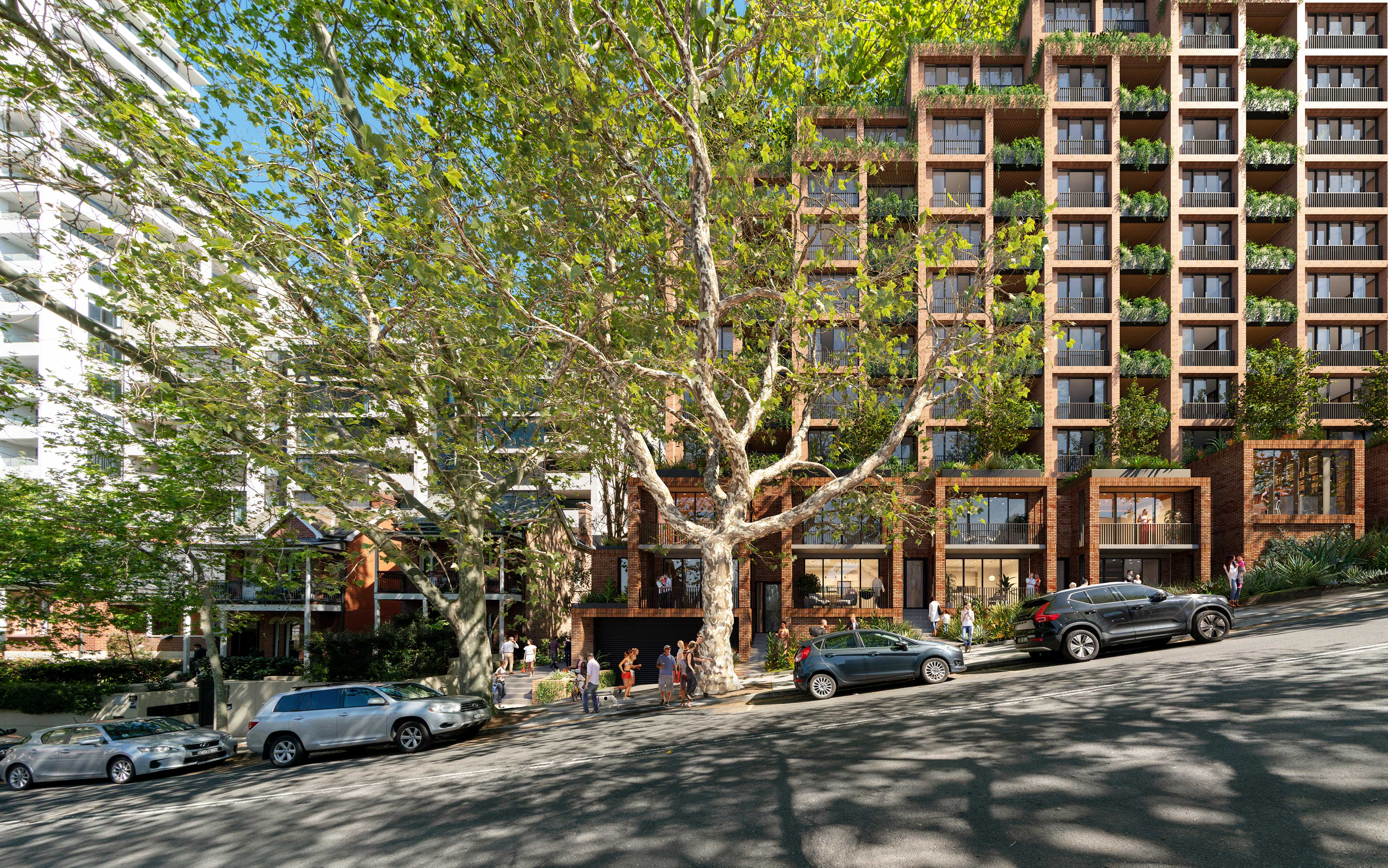 45 McLaren Street, North Sydney seeks to revitalise a strategically important site in the middle of the North Sydney CBD. Our vision is for a sustainable, mixed-use building that celebrates the site’s location at the transition between North Sydney’s dense and thriving CBD and North Sydney’s Civic Precinct.

The site is located on the corner of Walker Street and McLaren Street in North Sydney, the transition point between North Sydney CBD, the Ward Street Masterplan and the North Sydney Civic Precinct. The site has frontages to Walker, McLaren, and Harnett streets, with a pedestrian through-site link to the south of the site, that connects Walker and Harnett streets It is 100m from the Victoria Cross Metro north entry, less than 400m from the Victoria Cross Metro south entry, and is directly opposite the recently D.A. approved residential tower, 168 Walker Street.

Our massing approach proposes a series of stepped and staggered landscaped terraces, which transition between the low-mid scale residences located south of the site, to the tall residential towers directly north of the site. The design intends to complement and enhance the Ward Street Precinct through building articulation and amenity. Its stepped and staggered massing provides solar access to the Ward Street Plaza during the key daytime hours, and the residential apartments directly south of the site. 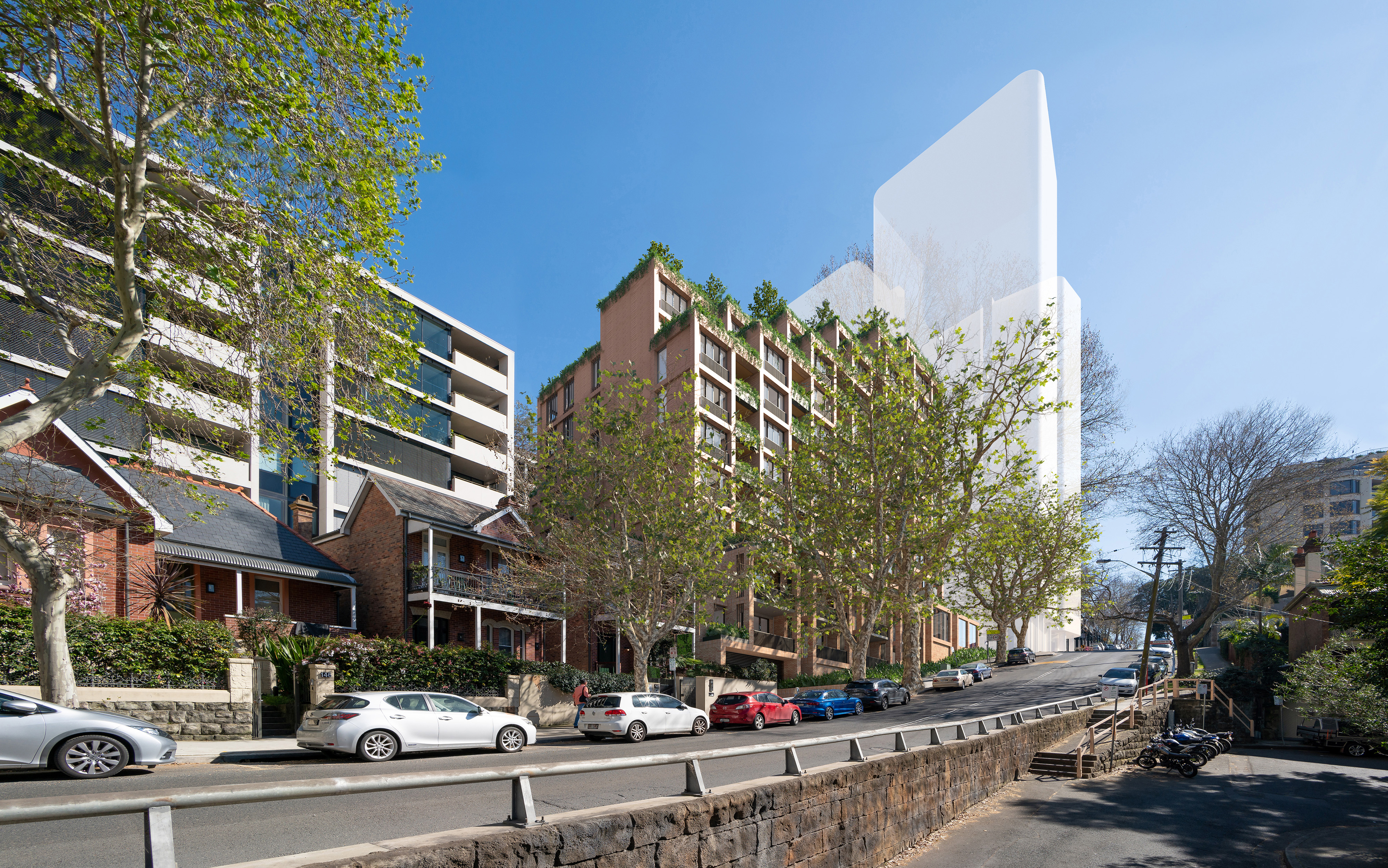 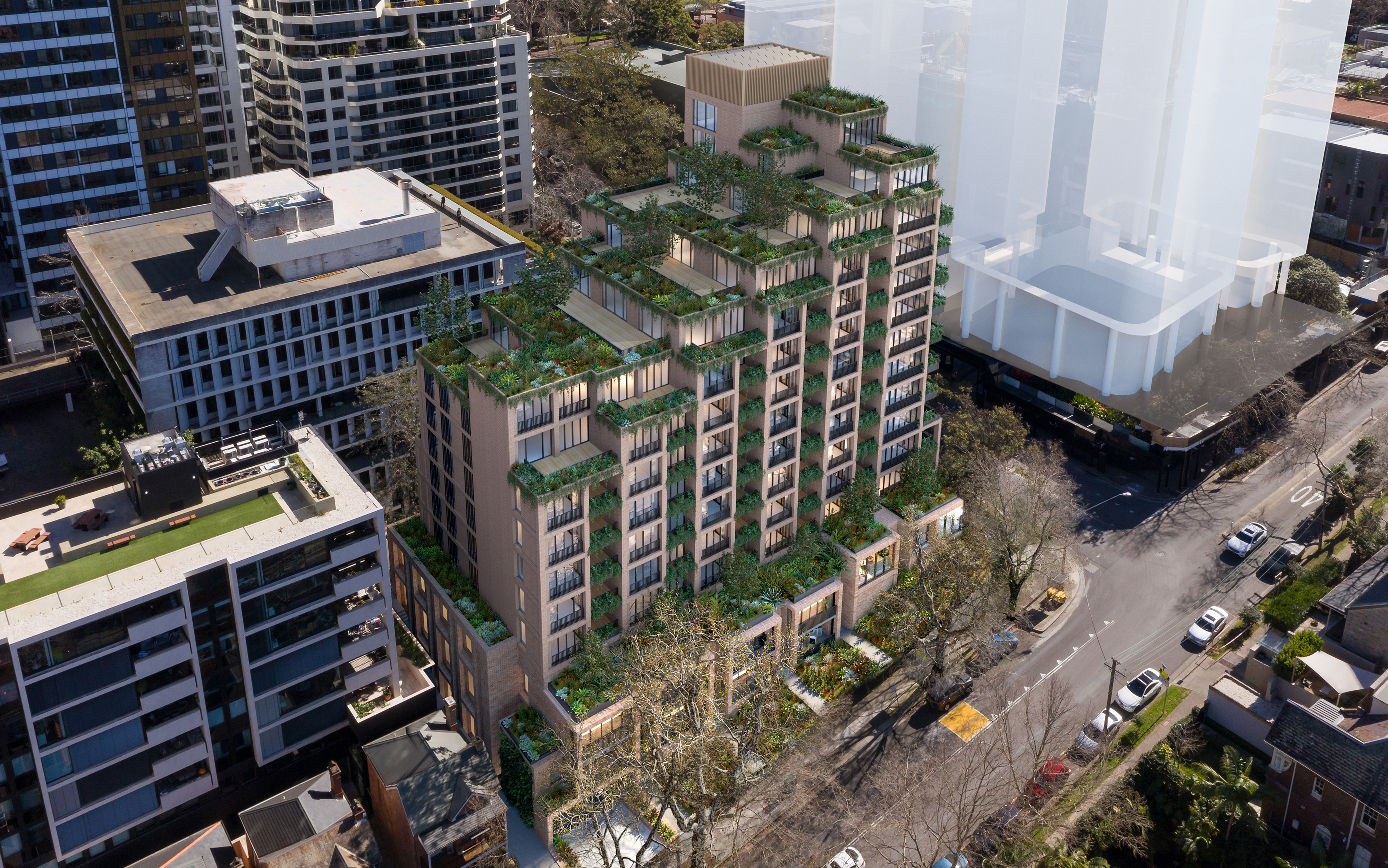 The podium design complements the site’s lower-scale density, fine-grain heritage and leafy character along Walker Street, as well as the mixed-use character along McLaren Street.